Is New York Having a Mass Exodus? 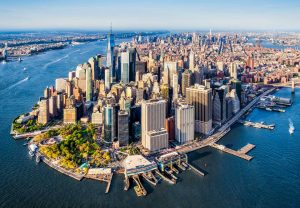 In recent years, the “Empire State” has also earned the derogatory nickname “Vampire State,” due to rising taxes and prices. Many citizens find it more convenient to live in a state where they can pay less for daily goods and necessities. These issues are compounded by the current political situation that many find unsatisfactory.

New York has a reputation for being highly partisan in its political environment, which has led to dissatisfaction from citizens with differing political beliefs from the recent string of liberal administrations. The political climate is even more complex because many citizens dislike the high cost of government but support government programs that benefit them.

In one of John Zogby Strategies’ recent surveys, 56% of respondents agreed with the idea that New York’s current political system needed serious changes. 47% of respondents also believed New York politics were “on the wrong track” for reasons such as “corruption” and influence from “special interests.”

The reasons for New York’s recent issues are likely complex and multifaceted, but many citizens’ perceptions of the state’s government are clear. To avoid a mass exodus, New York’s leadership must win over these constituents who may soon find themselves away from the state’s jurisdiction.