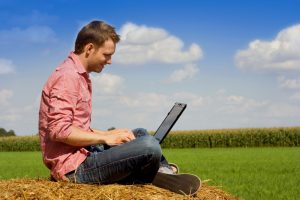 Much has been said about the difficulties that citizens of America face in regard to getting reliable Internet for rural areas. Because of the lack of adequate infrastructure for Internet bandwidth and many major Internet providers’ reluctance to do business in areas with low population density, rural residents have fewer options when looking for a reliable rural Internet service provider. While many rural citizens assume that satellite Internet service providers are the automatic answer to their problems, there is another option that may be better suited to the needs of some rural communities.

Instead of using Internet signals projected from satellites orbiting the planet, companies like UbiFi, which provide unlimited 4G rural Internet, use the cell towers that are extremely commonplace throughout rural America to supply a high-speed, high-performance Internet connection without the high latency that often plagues satellite Internet users. Similar to the way cell phone users can get 4G Internet almost anywhere in the country, companies like UbiFi use cell towers to broadcast Internet signals to rural households. Instead of waiting for nonexistent infrastructure to materialize, mobile Internet providers use the ubiquity of cell towers to supply a creative, efficient solution to the problem.

Because cell towers are closer to rural households than satellites in space, the distance between Internet signals’ origin and their destination is much shorter. This helps eliminate the latency inherent to satellite Internet service. In light of this, you may consider switching to a 4G Internet provider if you need a low-latency Internet connection for activities such as online gaming and work meetings. The aforementioned UbiFi reports that its products’ latency is typically less than 75ms, which is ideal for online multiplayer games.